Pandemics and other epidemics

Keeping checking back on this blog as we add more history – articles, information and advertisements

The Australian Government Health Department – History of Pandemics outlines the global pandemics that were experienced in our Gympie region:

National Museum of Australia – Defining moments of the Spanish Flu

Typhoid infections were caused by a range of bacterias and led to serious illness including deaths. A particular outbreak occured in 1938 in the Amamoor district.

On 6 March 1938, it was reported there was a mild outbreak in Amamoor with two definite cases of Typhoid and three more cases under observation.

Notices in the Gympie Times advised on sanitation measures and active precautions such as: 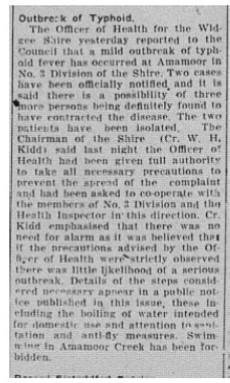 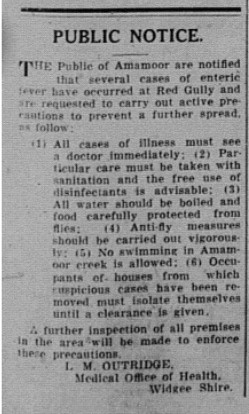